Makepeace – Inspiration in an Unconventional Place

“A plague on both of your houses” is one of William Shakespeare’s most famous lines. This line of iammbic pentameter foreshadows the terrible tragedy that would come about in Romeo and Juliet. People don’t usually think of Shakespeare as writing his lines from outside influence and ideas gathered from other people.  The Makepeace, or extreme Puritans dressed in all black robes, condemned acting, and playhouses, as sinful. Shakespeare’s rebellious nature and natural ability to write caused him to use the Makepeace’s lines in his play, which was not only powerful, but also clever. 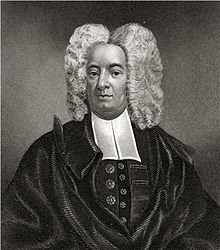 This entry was posted in English IV, Religion, Twitter, Uncategorized and tagged Literature, Puritan, Shakespeare in Love. Bookmark the permalink.

1 Response to Makepeace – Inspiration in an Unconventional Place