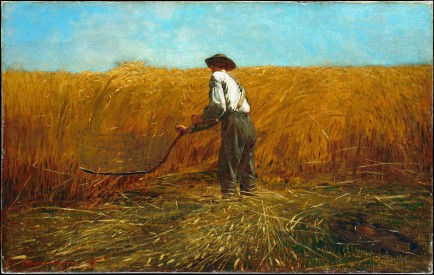 In both The Age of Innocence and The Scarlet Letter the fall season plays an important role in the development of the story. Foster describes fall as the season of harvest where a character reaps what he or she sown and accepts the rewards or punishments. In The Age of Innocence, Wharton clearly describes the autumn social gatherings such as the Archer’s Thanksgiving dinner, operas, and theatres. During this fall season, Archer begins to understand the life he created for himself. He has officially married May and his chance of pursuing his attraction for Ellen are rapidly declining. Even Ellen realizes this and in chapter 29 tells Archer, “If you’re not blind, then, you must see that this can’t last” (243). Ellen is describing the

relationship and is clearly telling Archer that it cannot continue. Archer now has to accept the life married to May that he formed. In The Scarlet Letter, Hawthorne mentions in chapter 18 the “preceding autumn,” which shows the reader the characters will be forced to accept the punishment or reward they have created for themselves. In this case, Reverend Dimmesdale had a baby with Hester Prynne, but has been hiding from the punishment. While Hester is forced to wear a scarlet letter in shame, Dimmesdale continues his life with the secret eating away inside him. During the late fall of the story, Hester and Reverend Dimmesdale decided to run away and travel to Europe. Dimmesdale, however, has to finally take the punishment for hiding his secret that has grown over the many years. In front of the entire puritan community, Dimmesdale confesses to his crime and says, “The law we broke I—the sin here awfully revealed!—let these alone be in thy thoughts!” (383). Dimmesdale has finally come to terms with his dreadful past. In both of these stories, the season of fall is important to enhance the readers understanding of the story.

This entry was posted in AP Mindset, Bloom's Taxonomy. Bookmark the permalink.