It is a good meal or a bad meal

The sharing of bread and the meal representing communion in both positive and satire way enhances the meaning of multiple literature works, which draws the allusion to the last supper in bible. In The Sun Also Rises, Jake had wine with Bill after fishing, which is followed by a large amount of description of scenery and Jake’s feeling about Brett. In chapter twelve, Jake first reveals his feeling towards Brett. “’Were you ever in love with her?’ ‘Sure’”. This revealing of emotion and thoughts along with the sharing of wine was allusion to the last meal and indicates the meaning of communion. In Beloved, such meaning is also reflected. “Loaves and fishes were His powers.” On the day of Baby Beloved’s death, a party is held, which ends up having enough food for the entirely town, such allusion from the last meal largely enhances love and community of the themes of the book. On the other hand, the allusion can also be used as irony such as it in Animal Farm, where the animal had the “happy” meal with human in the end, representing the fake communion and the de- humanity of both sides. “”gentlemen, I give you a toast: To the prosperity of Animal Farm!’” Such toast was a merely fake communion that was based on the interest and never the belief, which indicates the irony of the novel- ugliness of human and political system. 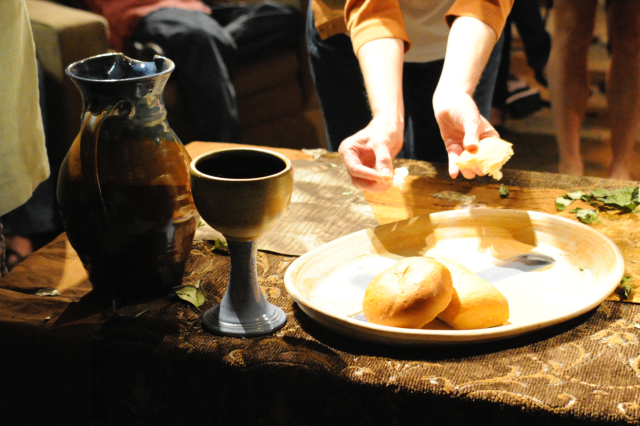 This entry was posted in Biblical Allusions 2017. Bookmark the permalink.